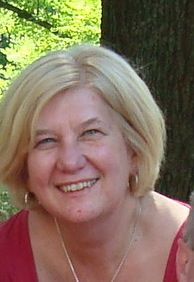 Susan Phillips Keane received her doctoral degree in Clinical Psychology from Purdue University in 1983 where she studied as an NIMH Fellow and a David Ross Research Scholar under the mentorship of Anthony Conger.  She was awarded another NIMH traineeship to complete her pre-doctoral APA-approved internship in Pediatric/Child Clinical Psychology at the University of Maryland Hospital in Baltimore.  Her dissertation examined the early behaviors that differentiated children who were socially rejected or accepted.

Dr. Keane joined the UNCG faculty as an Assistant Professor in 1983. She was named as Director of the UNCG Psychology Clinic in 1988, and served in that capacity until 2006 when she was appointed Director of Clinical Training.  As Clinic Director, Dr. Keane was responsible for developing the Psychology training clinic into a community-based psychological services center that provides affordable, quality mental health services to residents of the Triad and surrounding communities. In this capacity, Dr. Keane worked extensively to build partnerships with the community to fund students to provide wrap-around services for children and adolescents experiencing psychological and behavioral difficulties. From 1996-2001,  Dr. Keane served as co-PI on the GIFTTS (Guilford Initiative for Training and Treatment Services) project, funded by the NC Division of Mental Health, Substance Abuse and Developmental Disabilities, and was instrumental in establishing a System of Care model for mental health services in Guilford County and training students in this approach. Along with Dr. Anastopoulos, in 2002-2004, she was awarded one of the initial 12 nation-wide Graduate Psychology Education Program Training Grants from the Human Research Services Administration which allowed her to continue to develop a model training experience for Clinical Graduate Students. She was recently awarded another three-year Graduate Psychology Training Grant which builds upon the initial program grant funded in 2002. Since 2003, she has worked with Terri Shelton as Co-PI on the “Bringing Out the Best” grant.  Funded by the Guilford County Partnership for Children, this project was established to enhance the social and emotional development of preschoolers prior to their entry to kindergarten while providing a training experience for students interested in infant and pre-school mental health. Consistent with her research interest in emotion dysregulation and behavioral impairment, Dr. Keane has collaborated with Rosemery Nelson-Gray to develop and test the efficacy of a new clinical treatment program for middle-school youth with oppositional-defiant behavior modeled after Linehan’s Dialectical Behavior Therapy (DBT) skills training program.  They were awarded a grant from 2001-2003 from the Wesley-Long Community Health Initiative Foundation to pursue this line of research.

Dr. Keane’s peer reviewed empirical publications include more than 30 articles and book chapters addressing an integrated series of topics related to developmental outcomes of early-identified problem behavior, with a specific focus on the child, family and school contextual factors which ameliorate or exacerbate early social, emotional and/or behavioral difficulties. She has presented her research findings at more than 70 major national and international conferences. Her research has been supported by grants from the National Institute of Child Health and Development, and in collaboration with Susan Calkins, through the National Institute of Mental Health.  She reviews numerous manuscripts for major developmental and clinical journals and served on the editorial board of the Journal of Psychopathology and Behavioral Assessment for six years. Dr. Keane has been selected as a program reviewer for numerous conferences. She also has served as an ad hoc reviewer for the William T. Grant Foundation.

Since 1983, she has graduated over 30 Ph.D. students who hold positions at universities, medical centers and mental health agencies across the nation. Several of her students have been honored at the university level for “Outstanding Thesis and Dissertation” awards.  Dr. Keane has also worked extensively with undergraduate students enrolled in independent research, several of whom have won awards for their work and presented their findings at national undergraduate research conferences.

Dr. Keane is licensed as a Practicing Psychologist/Health-Services Provider in the State of North Carolina. She has served on several state panels for the Department of Public Instruction, the Department of Mental Health, Substance Abuse and Developmental Disabilities, and the North Carolina Psychological Association. She is the proud mother of three children: Zach a graduate student in physics at Rice University, Sarah, a graduate student in bio-organic chemistry at Indiana University, and Matthew, a sophomore engineering student at NC State.