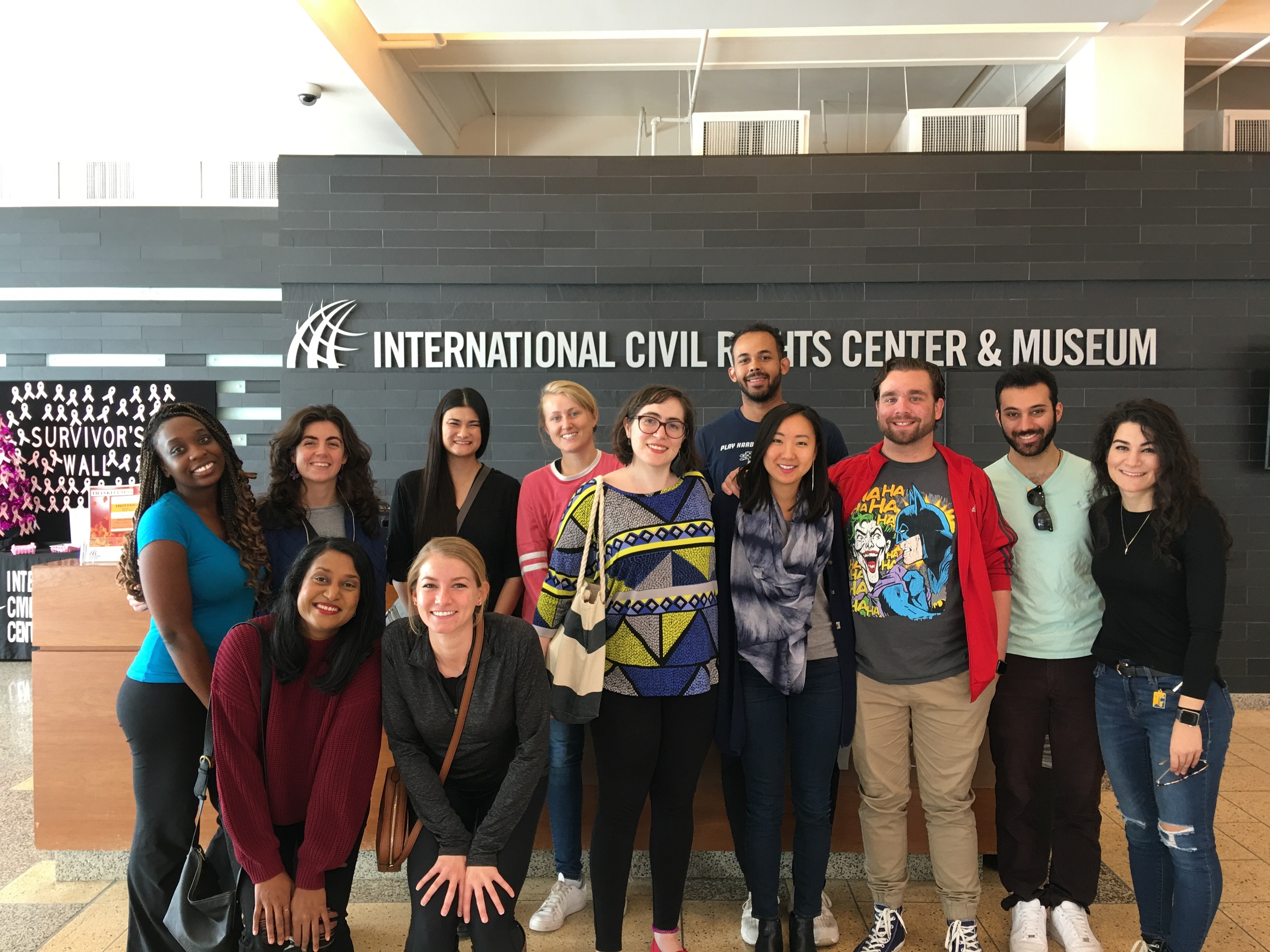 The Psychology Department Diversity Club is a student-led group that is devoted to celebrating diversity and raising awareness about individual differences and inequalities among people. The club organizes several experiences and community outings each year where students, faculty, and staff meet to expand their multicultural awareness.

This semester, the club focused on discussions about the intersection of psychology and politics and the role that psychologists play in informing, influencing, and advocating for social policies. Another topic that was addressed by the group recently is how to foster effective discussions about race on campus, as well as what resources are available or might be helpful to students on campus for supporting allies and racial-ethnic minority students.

The group also took a tour of the International Civil Rights Center and Museum. This tour reveals the history of civil rights in Greensboro, and in particular, the NC A&T Four, who sparked nonviolent protests in the city and influenced other sit-ins across the country. The tour also revealed the history of segregation in the city in public spaces, schools, neighborhoods, and hospitals, including the Cone Hospital here in Greensboro.